Looking at this little box makes me very thankful that I have never tried to scrapbook chronologically!  This is the pile of photos from our Round The World Trip that DIDN'T make the albums and it only seems to include half the trip as we can't find anything pre Singapore.  Imagine if we had taken digital photos! 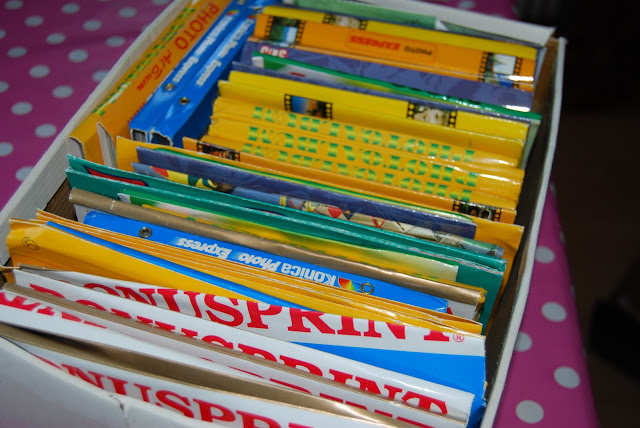 Oddly enough, Singapore was where my hand fell when I dived in to grab 9 photos for September's 4x6 photo love with Shimelle.  We were only there for a few days and I'd obviously already taken some out for the proper albums at the time.  Taking out the ones I would never use (but cannot bear to just throw away!) that left me with just about enough for this layout.  Yes, that's right, 9 photos on one single page layout. 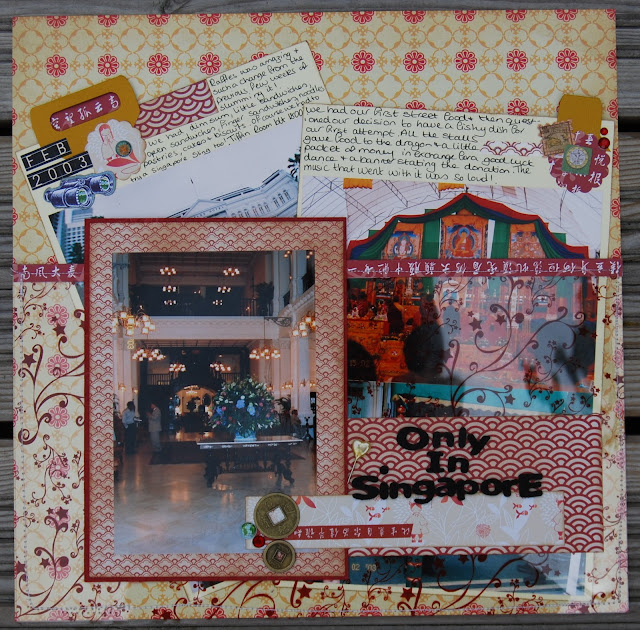 We'd been travelling for nearly 6 months already by the time we reached Singapore but we had booked ourselves into Raffles for Valentine's Day before we left back in the September.  We'd tried to get in before when we were on our honeymoon several years previously but had been told about a lengthy waiting list and we really didn't want to miss out a second time.  It was fabulous!  We had a Singapore Sling despite a hatred of gin (but that's another story) and had a wonderful posh buffet in the Tiffin Room which dates back to the 1800's.  If you think the photo of Raffles looks a little odd, you would be right.  We had bought a new camera just the day before and a new wide angle lens which apparently makes things circular if you zoom too far out!  But of course we didn't know that until we had that first film developed a week or so later... 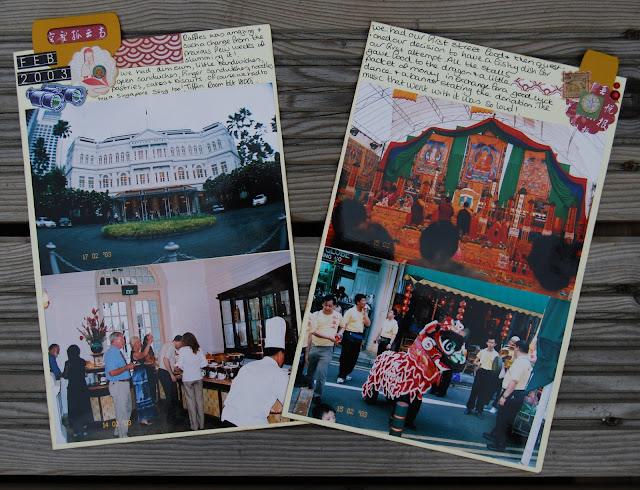 8 of the photos go back to back on 2 inserts inside a transparent pocket so there are 2 of Raffles and 4 of the Chinese Lunar New Year celebrations.  Talk about a riot of colour and an assault on the senses, it was phenomenal. 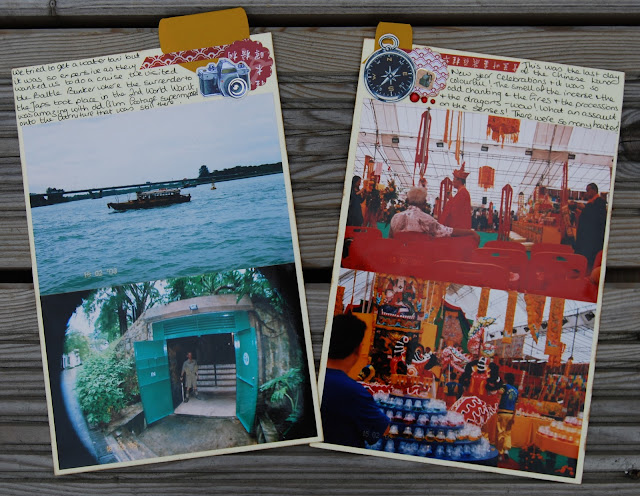 The other 2 photos are of a river taxi (which we couldn't afford) and the Battle Bunker where Singapore surrendered to the Japanese in WW2.  We had already been to Chiangi prison and seen where the prisoners of war had been kept and we both agreed that we would never hesitate to take our children out of school to travel for a while because you just can't beat this sort of history lesson. 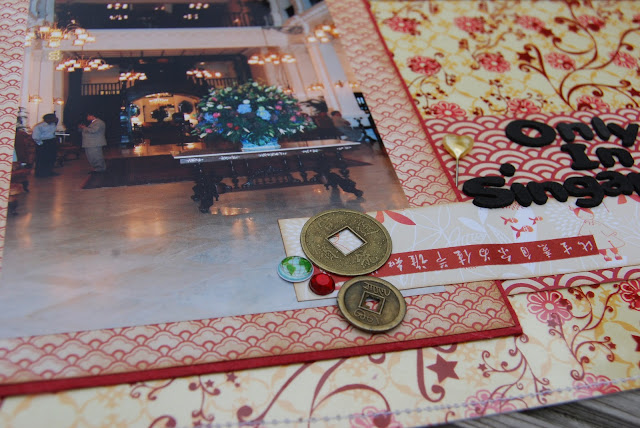 I'm enjoying dipping into this box now and then but I really would like to scrap the photos from the "proper" albums as they were the better ones of course.  But there is only so much time in the day sadly.  Oh if only time could stand once in a while eh?!