We had an amazing BH weekend with lovely weather and some rather exciting activities.

On Sunday Management and I went to Twickenham to watch the Premiership rugby final.  It was never going to end well when we were cheering for opposing teams but as it happened the match was rather tinged with controversy usually reserved for football matches.  Leicester Tigers (my team, naturally) won and I don't think Management will ever get over the manner in which it happened (his captain was sent off at the end of the first half).

He couldn't wallow in his upset for long though as it was straight back to work on Sunday with a very busy day at Beaulieu.  It was the first time for a new event called Trucmania and there was a couple of very special visitors too. 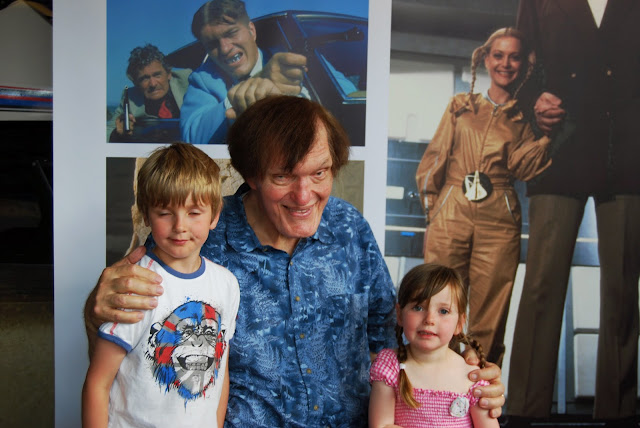 Richard 'Jaws' Kiel and Blanche 'Dolly' Ravalec came to meet James Bond fans and the queue was over 2 hours long at many points.

The children knew he was from posters but are too young for the films as yet.  That didn't stop him terrifying my normally very brave Bella!  He was 7'2" in his prime but he struggles to stand straight now.  He has a hormonal condition which is the reason for his incredible height and features - look at the size of his hand on Louis's shoulder!  He seemed a genuinely lovely guy and stayed well over his allotted time to see more fans. 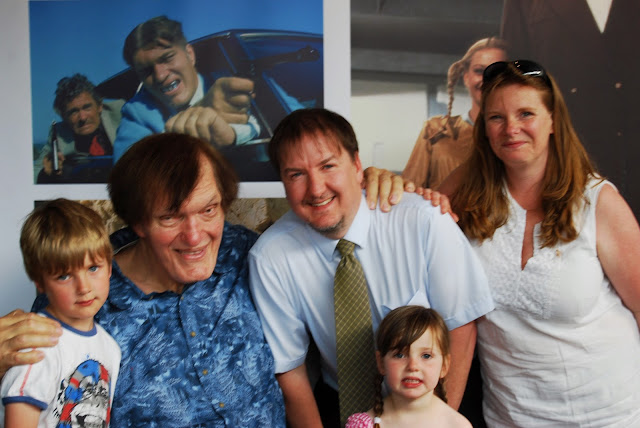 Part of the new Trucmania event saw lorry cabs doing agility tests with a bath tub of water on the back!  There were trucks through the ages, remote control trucks, big trucks, little trucks, you get the picture.  We were really excited to see the monster truck Big Foot though. 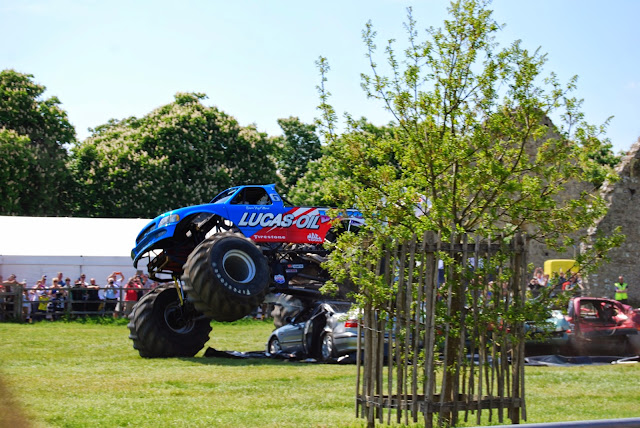 We've never seen a real monster truck before so this was a big treat for us.  My goodness though my heart was in my mouth the first time he went over the cars because it looked like he was going to come off the side several times. 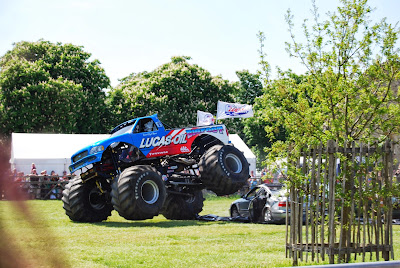 Of course the children thought it was AWESOME! 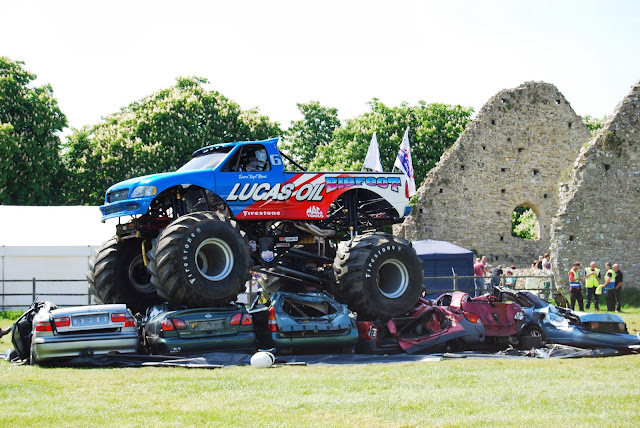 Poor Management didn't get to see any of this as he was so busy with other stuff.  However, it was probably a good thing as he is the person in charge of health and safety!

We're very lucky to be able to visit Beaulieu so often and especially on sunny days and special days like these.  We are very grateful for Managment's job, particularly in these extra difficult times.  When I am busy counting my blessings, this is right up there.