This might well be my last WOYWW appearance for a while as we are in Wales next week (sans internet / mobile reception / TV etc - huzzah) and then we are into November.  For me this means NaNoWriMo which some of you asked about last week when I mentioned it.  It means National Novel Writing Month and the idea is that you write a 50,000 word novel (or the start of a novel if you want to write a long one) in a month.  Crazy huh?!  The basic premise is that we can procrastinate over the first sentence or a chapter or whatever for years and years and never get that novel finished.  This way you bash out that first draft using the word count / forums / collective cheer squad of other Nano writers etc to actually get it done.  Once that first draft is out of the way you can start tweaking it but knowing that it is finished, or a long way towards it, keeps you motivated.  Its going to be tough but I think it will really help to drive me forward and not keep knocking my writing down the "To Do" list.  But that is November...

This week in Crazy Towers we have been making um... crazy towers.  I was lucky enough to be told of someone getting rid of a load of 12x12 paper trays from an old scrapbooking shop so I bought some.  I've spent a happy few hours since then having a sort out and rearranging my papers and then shuffling them some more and moving them again.  This is the start of proceedings... 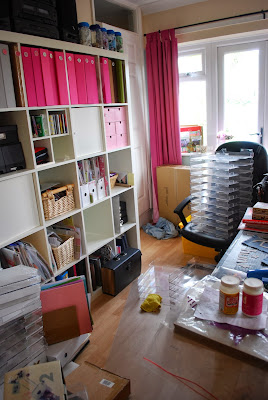 About halfway through when I was beginning to lose the will to live... 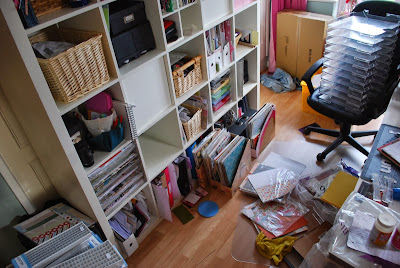 And then this is how it looks now.  Still a work in progress with a few piles of things to sort and put elsewhere but I am loving my crazy tower of paper trays.  The black box on the top is a box of scraps that I have to sort but my accordion file where I used to keep them (that black case to the right) exploded so I needed to find an alternative.  I've decided to file them upright in poly bags on one of the bottom shelves that is now empty, or will be after another little shuffle. 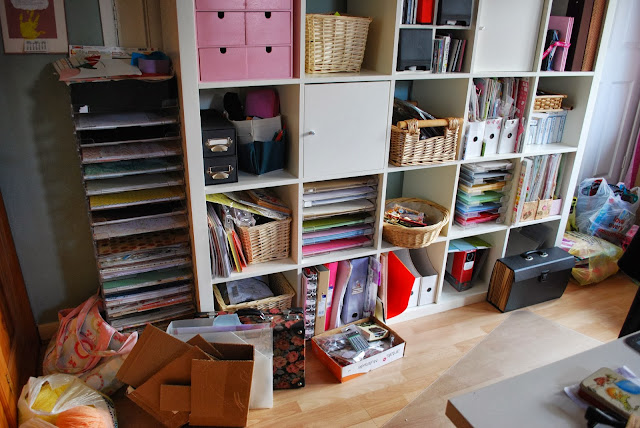 The A4 paper lid and the flowery briefcase are both Christmas stash that needs sorting more appropriately and the pile of plastic bags in the corner there are Christmas presents waiting to be wrapped.  I would have done them already but there is not much paper about yet because the shops are still full of Halloween stuff.  Don't they know time is cracking on?!

And my desk, seeing as that is the theme of the day. 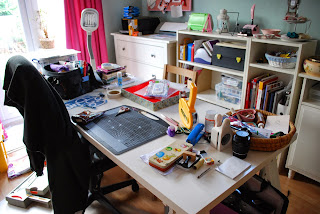 Still haven't cut my denim letters but I have experimented this week with using normal PVA instead of Mod Podge to stiffen the fabric.  I shall let you know how it goes.  Stiffening it makes it a lot easier to stick the cut letters on to cut around and gives it a better finish.  The page I am doing this for will go opposite this one in my album so you can see how the denim ties in
. 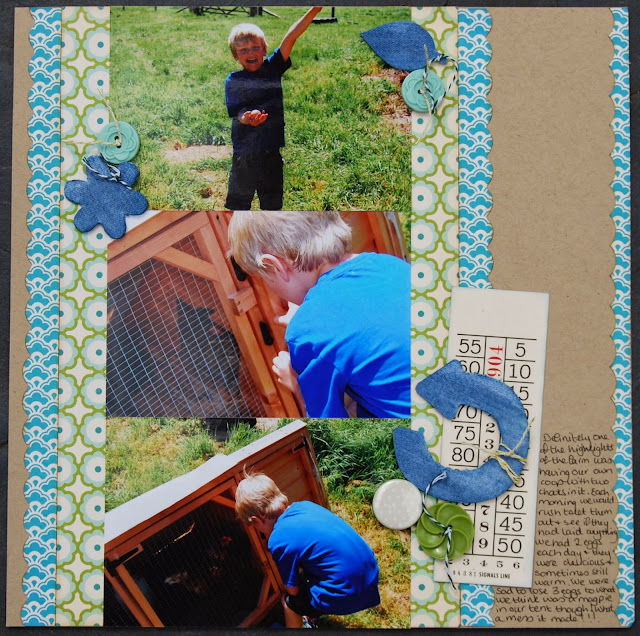 Time to have a look around some other crafty spaces with Mistress Julia for What's On Your Workdesk Wednesday.
Posted by Lisa-Jane at 04:00