So, Sunday, and what a funny day that turned out to be.... We had decided to get up early-ish and head off to a huge car boot sale as the weather was fine. I was on the lookout for aged sheet music and some paper draws to split up my scraps but we ended up with a pile of Enid Blyton books and a Maisy jigsaw. DS learnt the value of money when he handed over his 20p without asking how much they wanted for something he had just grabbed out of a box of toys. He then wanted a load of other stuff and of course had no money (we wernt being stingy, 20p was all he had left after getting other stuff already). Luckily for all of us, his grabbed find was actually quite cool and he spent ages disconnecting and reconnecting the little robot parts. 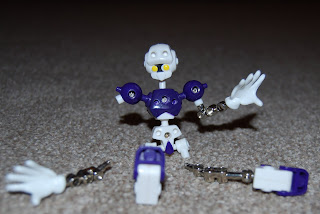 I wasnt feeling that great though as I had had a silly accident earlier in the day involving a cotton bud and a rampaging 4 year old. I ended up having to go to A&E at Winchester and then onto ENT in Southampton General as it was originally thought that I had perforated my ear drum. Thankfully it wasnt but we had wasted much of the day and it was very late and we ended up having to eat sausages in the hospital canteen. After my Thai meal the night before, there wasnt much hope of a loss at Slimming World on Monday. I'd never really realised how massive Southampton General is. DS thought he was in a shopping mall rather than a hospital and it is a bit like that with a jewellers and a Burger King (in a hospital?! I ask you!) 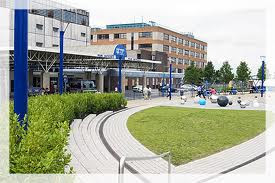 So my lessons for today (other than not using cotton buds...) are that some places can feel huge even when you are grown up, and a box of rubbish can sometimes contain great treasure if you are 4 years old.


I also learnt something about myself the night before too. Saturday evening I was feeling fractious and anxious as I have done for a while now. I suddenly looked in the fridge and saw lots of stuff that needed throwing out as I hadnt used things in time and forgotten things were there. We had little food in the house that you could make a meal with and yet we'd been shopping every couple of days over the summer. I suddenly realised how out of routine I had become over the holidays and how much that had unsettled me. We had gotten into such a great routine during the summer term and it had all gone out of the window as certain things were just not possible for one reason or another and those changes impacted on others etc etc etc. I ended up spending a fortune at the supermarket to restock the cupboards and organise a plan of meals for the week and to try and stop running out of key things. The lack of exercise had gotten under my skin too (the class schedule kept changing, I couldnt get a creche place etc) and all in all I had been waiting for September to come so that I could get back into a routine. I always knew routine was important for me but I never realised how much that impacted on my fragile head space and how it affected everything else. It made me realise how much I have to do to try and keep to a routine no matter what. So here's to routine and getting back into the swing of things and not feeling so out of control next time the holidays come around!