A number of things all happening around the same time gave me the push I needed to have a bit of a sort out.    In the last week we have done some gardening, cleaned the whole house, sorted and chucked a load of garden toys, gutted both children's rooms and the playroom and thrown a load of toys and taken another load to the preschool.  We took 2 very large TVs to the tip, filled up both recycling and normal bins and boarded the newly discovered loft space!  There is still a lot of work to be done but we feel ready to tackle it.  We are making plans to have our downstairs bathroom done which is stopping us from decorating the spare room and hallway.

However, progress is only progress if we keep moving forward and that means keeping on top of the mess.  In our old, very small house, we had to keep tidying toys away because there was no option to leave things out.  We've been in this house 3 years and the habits we instilled in Louis back then have long since gone.  We need to get back to the habits of clearing up after ourselves and with that in mind, the children and I made some labels for their stuff. 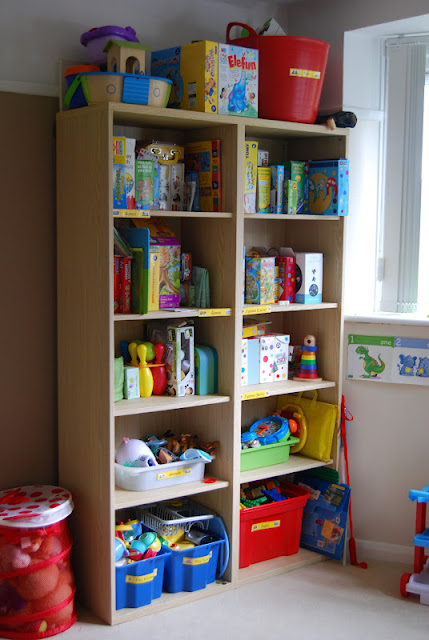 Part of the children's art area. 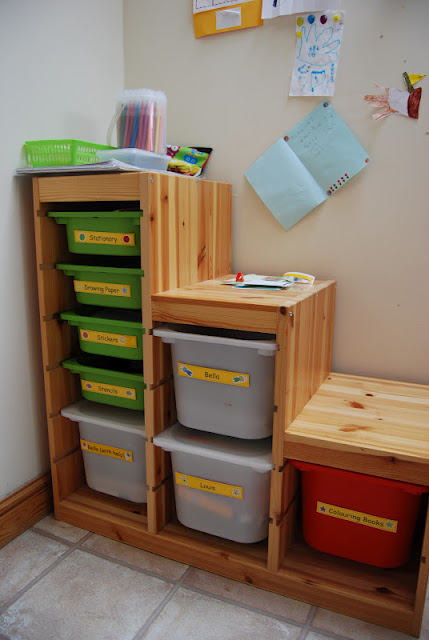 A close up of the labels.  The children helped to choose stickers, laminate and cut them up.  They are stuck on with sticky dots. 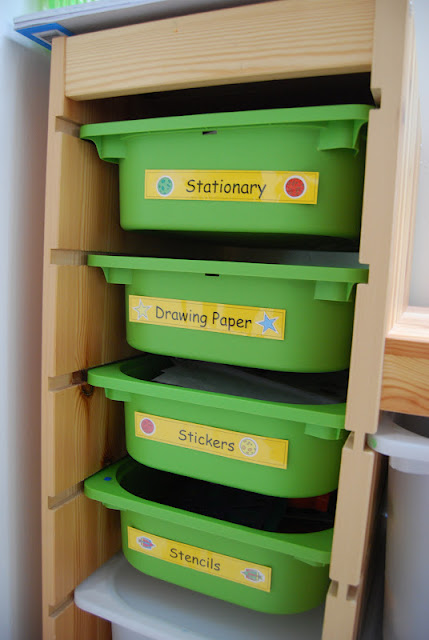 And yes, I did have to go around after they had helped to stick them on and try and straighten them a bit...  When I went through their box of colouring and activity books, I found 8 that had not been touched.  I have removed them, they will never know, and I will give them back as treats at a later point.  Win win!

I am currently finishing a couple of projects in my craft room and then I will be having a good sort out in there too.  This time last week I was almost paralysed with hideous PMT.  This week I am feeling rather awesome.  So thank you to all those things colliding to give me the inspiration and energy to get things done. Thanks especially to Jennifer for her organisation celebration over the weekend that started the cogs turning on my messed up head.