I know it looks a mess but I promise you that I know exactly where everything is and there is actually an order to proceedings... sort of...

No seriously, its a hive of creativity at the moment, so much so that I am in danger of utilising every room in the house for something.  Lets begin with the desk seeing as that is what What's On Your Workdesk Wednesday is all about. Feel free to share your desk too over at Julia's Stamping Ground.

I was encouraged to get a bit painty with this layout (from Shimelle's new class) using white acrylic paint and Glimmer Mist on an acrylic block.  The idea is that the gap and the beginnings of the paint are covered with another piece of paper and you just see the edges of the paint as an extra layer.  However, it went a bit wrong after this.  I had pencilled in where the lines of the paper were going to go but still managed to stamp in the wrong place.  This meant I had to move the paper and so one of the pencil lines was visible.  Why did I not just rub it out I hear you cry?!  Well that will be because the painty / misty layer was protecting it... Ahem... 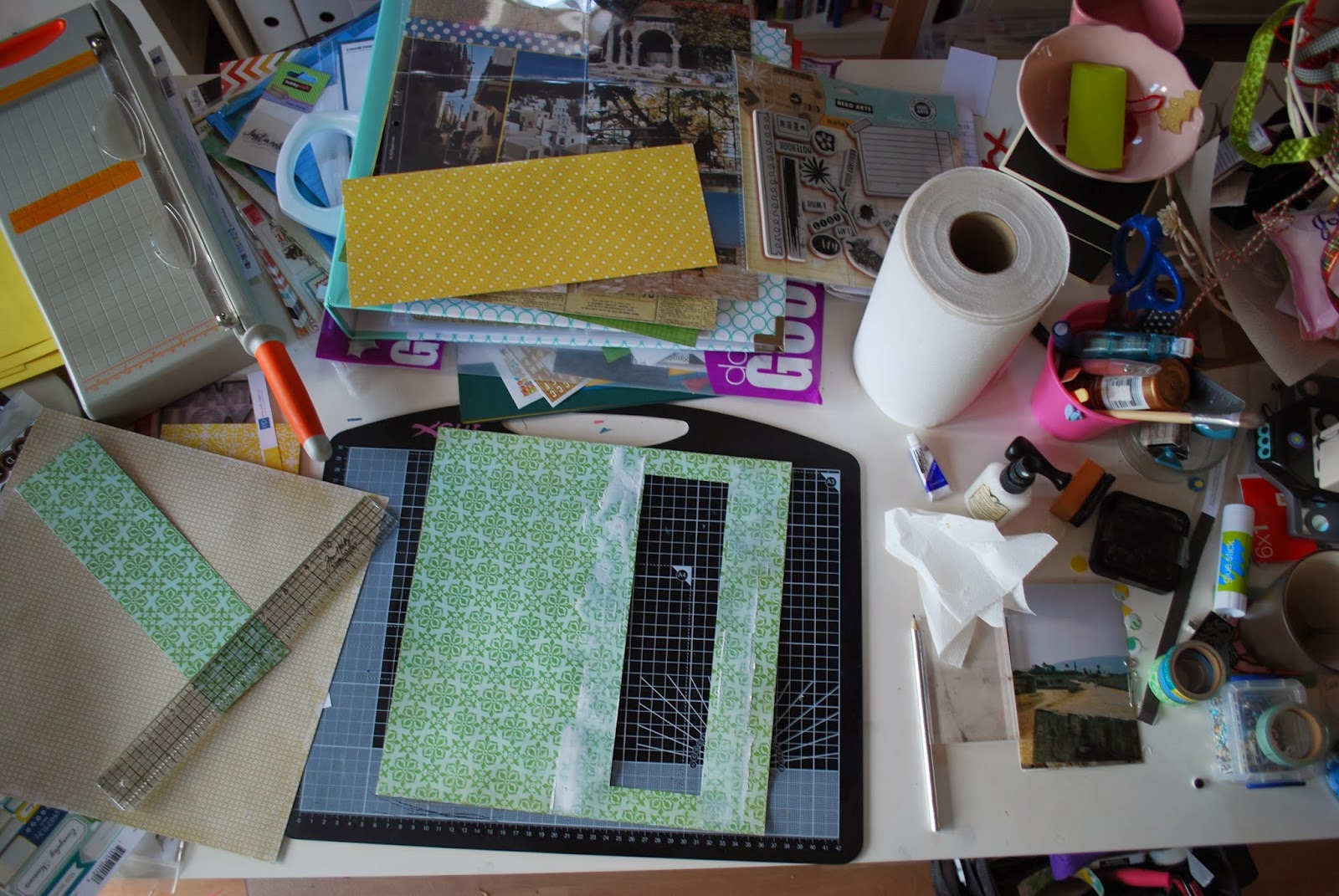 Its almost finished now so I'll be back in a couple of days to share that.  I'm still using Echo Park's For The Record 2 for some Greek photos and still loving it.

I've also been really OCD this week and I've been sorting out all the photos and putting them all in order. This means I can go through my albums on the computer and work out which ones I haven't printed.  I seem to have very few photos from 2007-8 so there are plenty more to come I'm sure! 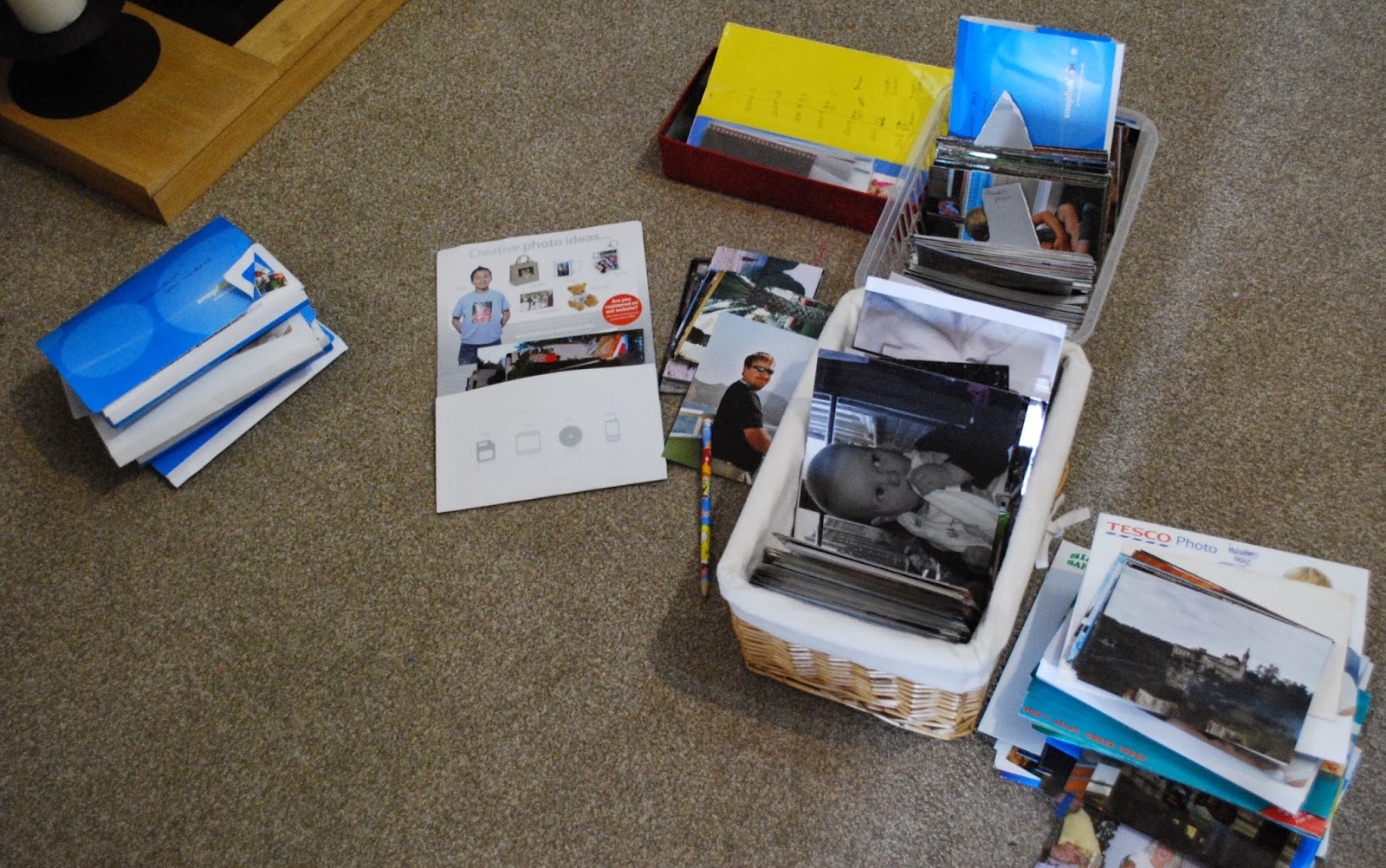 I don't think I'm going to run out of photos to scrap any time soon!

As part of this big sort out I've had to work out which layouts / stories are in my albums and which ones have been blogged.  You might be seeing some very old layouts here as a result!  This particular layout started life as an 8x8 but I couldn't make it work so I added a few layers and put it onto a 12x12 instead. 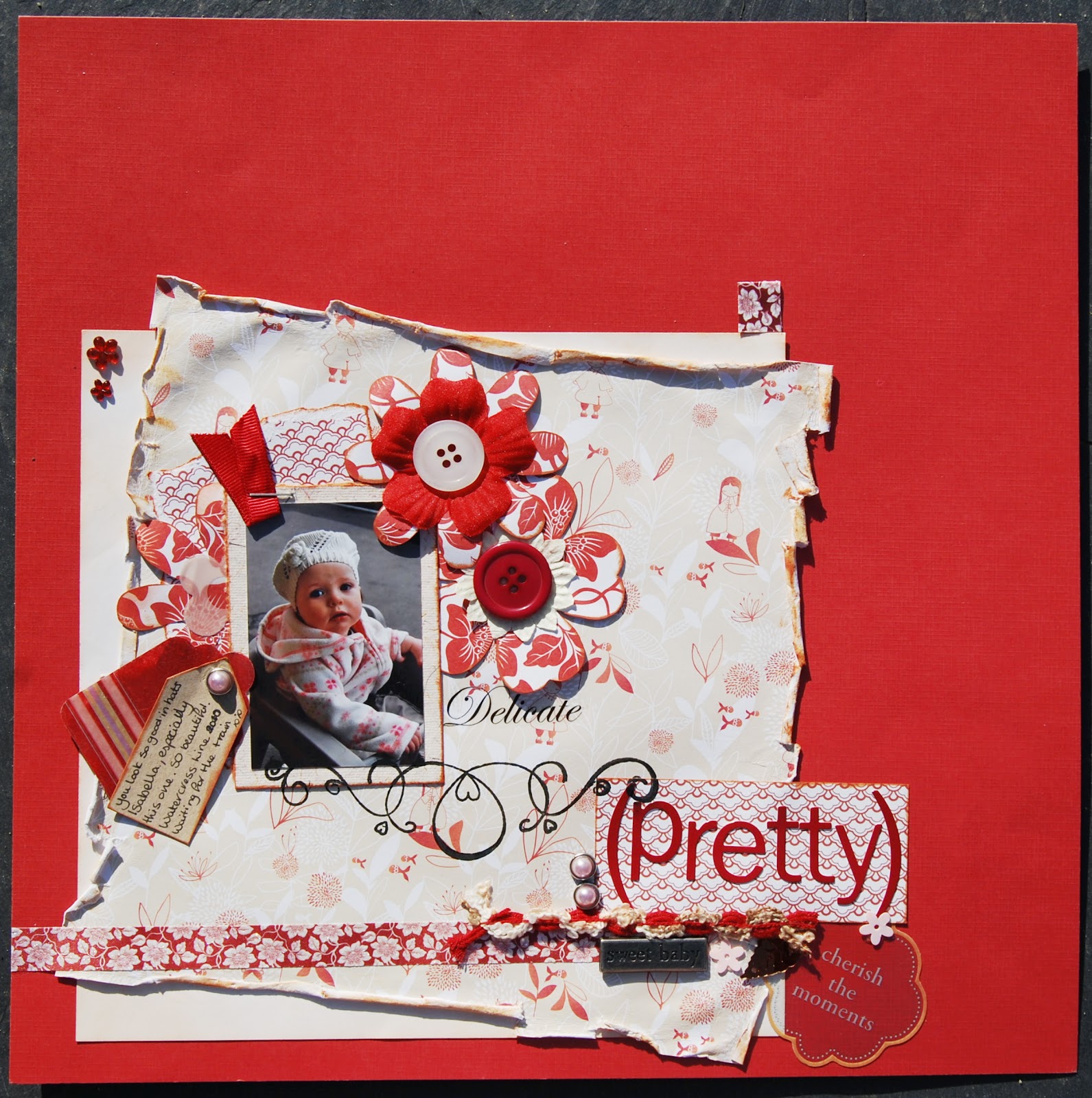 I think I made this in about 2011 not long after I had started scrapping (2010) and it remains one of my favourites, especially from my early years. 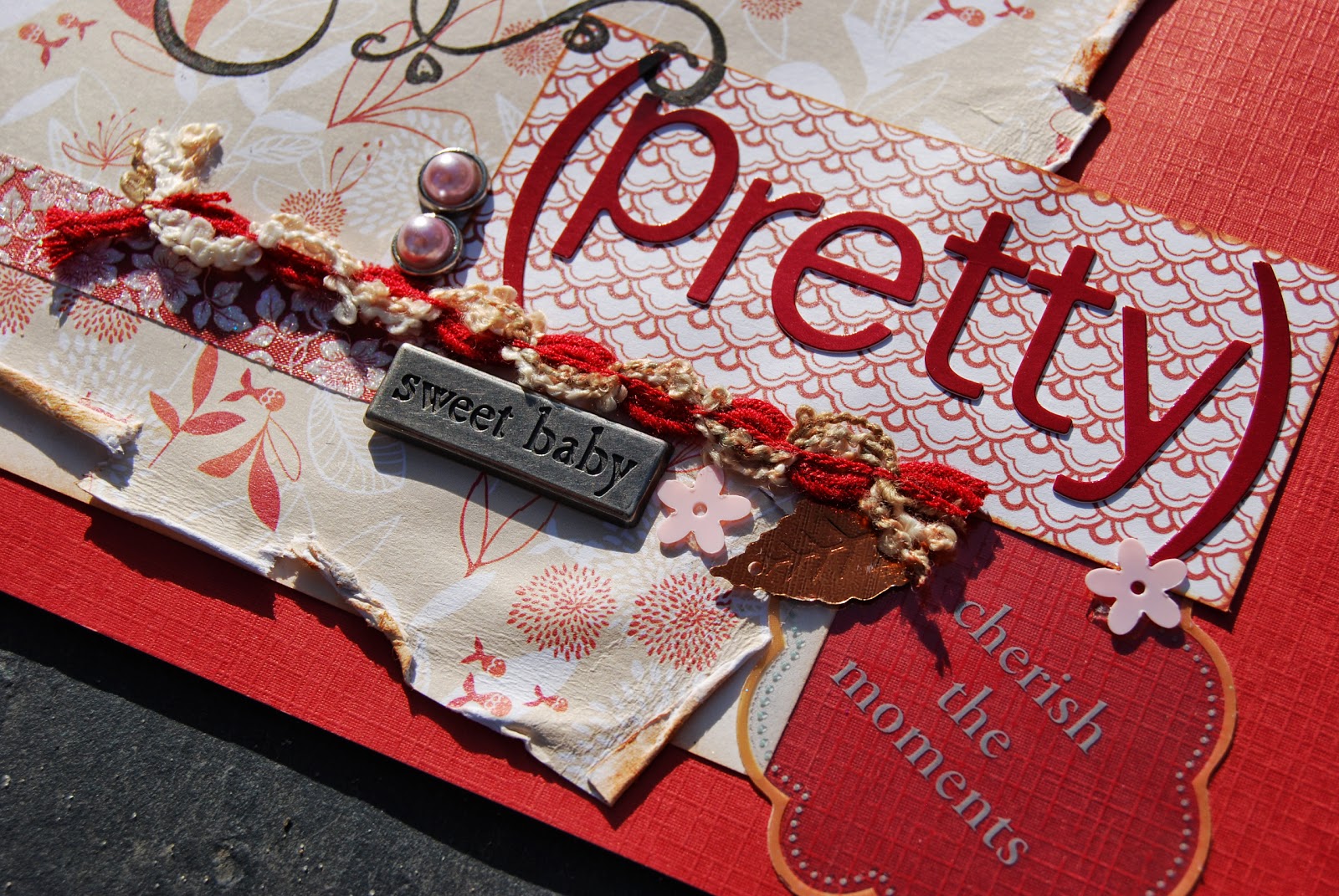 It was the first time I had tried doing my own thing with layering and clustering embellishments so I was pretty happy with the way it turned out. 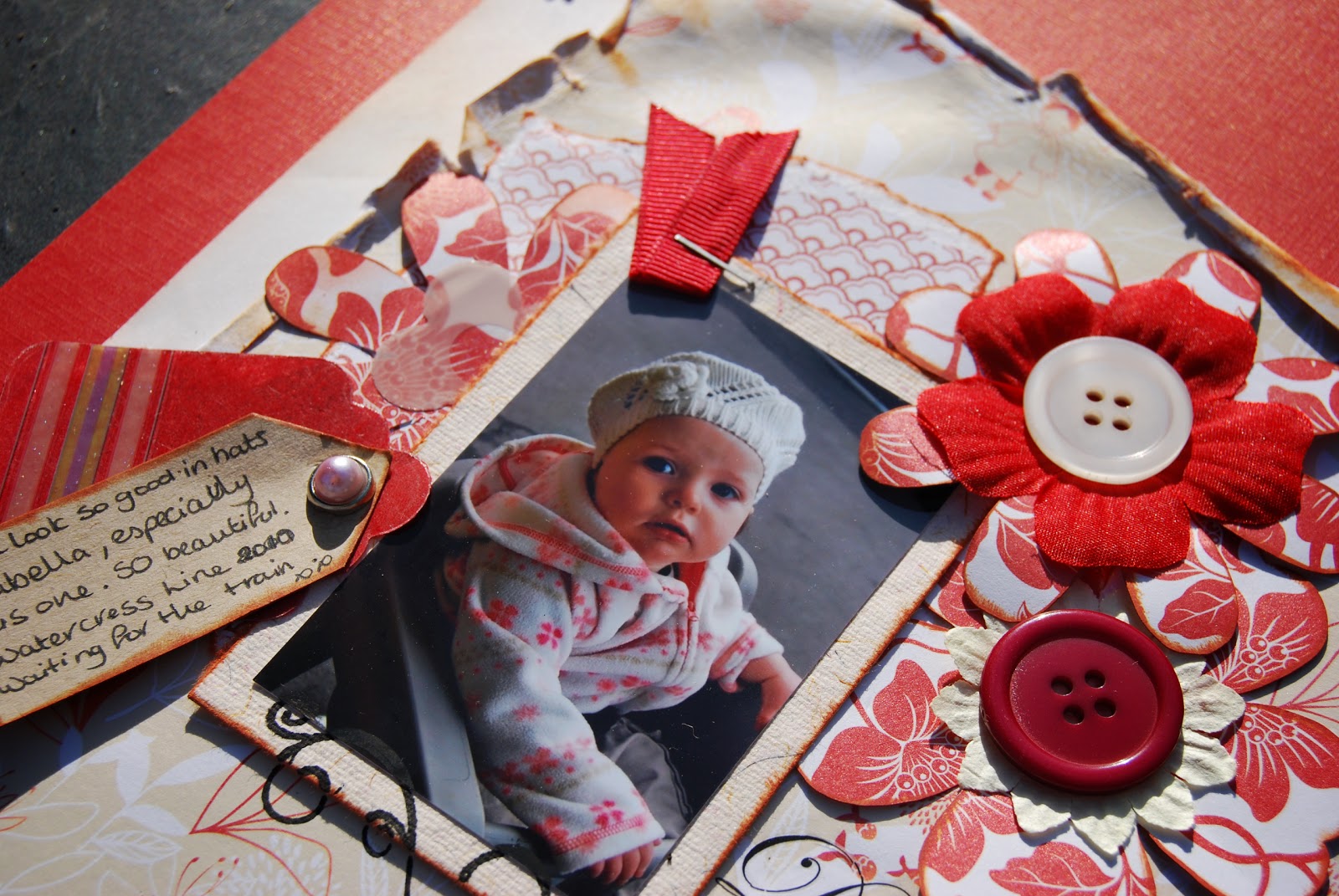 Obviously there are things I would do differently now but isn't there always?

Time for a cuppa and a scoot around the desks.  I have a LOT of blog reading to catch up on!