What have we here then?  Not much in the way of crafting I can tell you.  We are considering putting our house on the market and the potential move may involve me losing my precious studio.  What will I do?!  I want to scratch myself at the mere thought of not having my own place to craft.  I guess I need to start getting rid of stuff...

Here is this week's offering if you've come for a browse around the desks with WOYWW courtesy of Julia at the Stamping Ground. 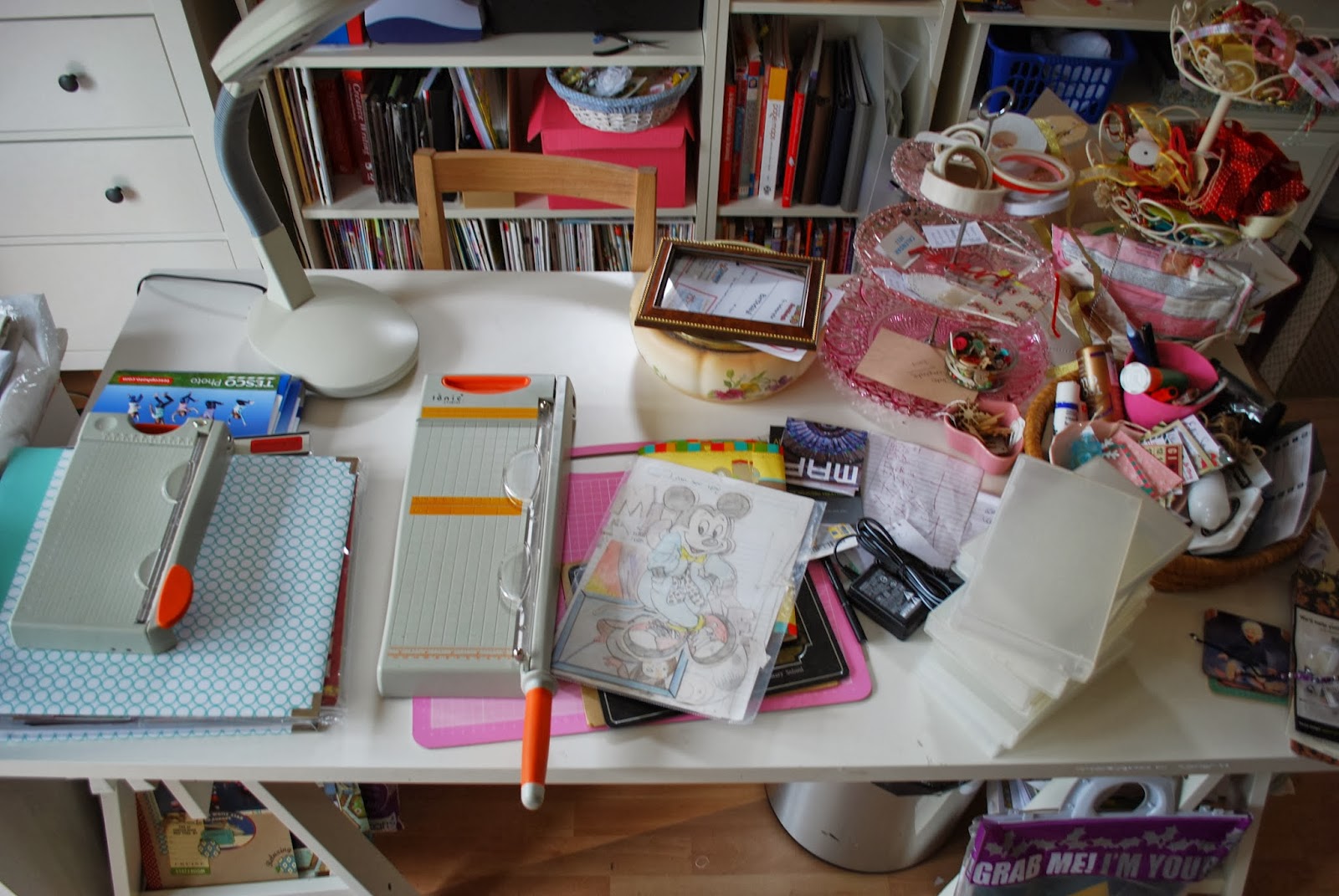 Evidence of some sorting out is pretty much all that's available this week.  We got rid of a load of videos but I had an inkling in the back of my addled mind that someone somewhere had a brilliant use for the empty cases.  I think it might have been something to do with cling stamps.  A brief peruse of Pinterest and Youtube yielded nothing so maybe I imagined it.

In the middle there is very very old evidence of a former crafting life.  I used to like drawing as a teen.  Nothing out of my own head, all copied and all cartoon style, but I obviously liked them enough to cut them out and keep them.  I also found some early poetry that I had penned - phew lots of teen angst there!

I almost didn't join in this week as I didn't manage to get around anyone last week and I sincerely apologise for that.  My littlest great nephew was a poorly boy and in hospital for a few days and it threw things out a bit and then my puter decided to have a funny five minutes which seemed to effect it from then on.  It is mostly sorted now apart from the screen looks a bit different in Chrome but I can live with that... *twitch*

So, regular WOYWW-ers - any idea who or where I might have seen someone doing something clever with storage using video cases?  Do let me know if you can think of anyone!