Phew!  I did it!  I finished the one from last night and completed another one.  I am really pleased with them both but the pictures are a bit dull as it is obviously later than I would have liked to photograph them! (Edited to include photos now taken in the sunlight!)

They both feature black and white pictures from our Round The World trip taken in Siem Reap, Cambodia where we toured the ruined temples.  We took LOADS of photos and patiently waited for each film to come back before we knew how we had done.  I dread to think how many we would have taken had we had our digital SLR!

This first one is for Shimelle's "Let's Go Retro" challenge where we had to use a picture from before 2011 (as many people just don't have access to old photos, myself included).  We were in Cambodia in 2003 so although not really retro, its retro enough.  I can't recall which temple it was taken at and the dappled light doesn't make it easy for you to see but its our remorque moto driver fast asleep.  The motos are just very small motorbikes with a carriage type bit on the back to carry passengers but they are great fun because you can see around you really well.  The drivers wait around at these temples all the time so they tend to sit about chatting and smoking or catching some zzzz as ours mostly did. 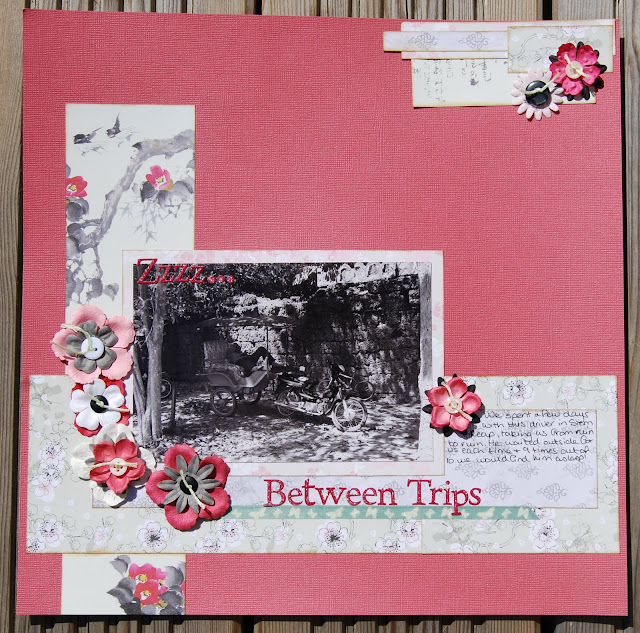 I'm thinking that perhaps the papers are too busy for the picture because of the shading but I still like it and I didn't follow a sketch or anything here! 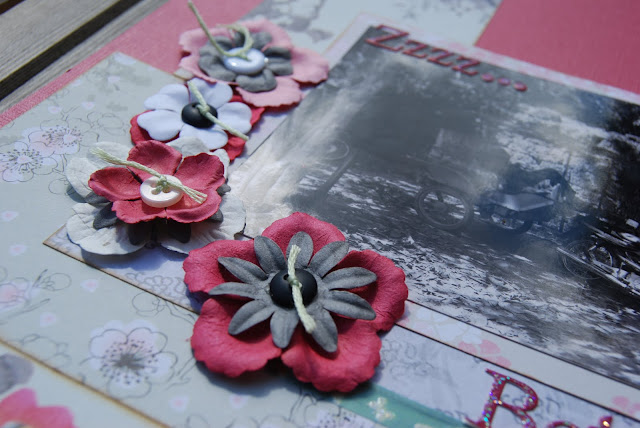 This next one is probably one of my favourites from the whole weekend and the one I had no plan for at all.  It was for the "Chop Your Paper" challenge and I immediately thought of this layout.  It worked really well last time but I didn't want it to look too similar.  I did however, want to use the same papers.  I cut the flowers and leaves out of the leftovers from last time and the circle was the waste from the ring section.  I wanted to create something where you had to peer through the foliage like we did the first time we saw Angkor Wat.  Because you see it from the end of the pathway first, it is quite far back and you really don't get a sense of scale at all.  We were a bit disappointed as we oulled up as you really don't get the impact of it and we thought we would be blown away the first time it came into view.  Inside though it is amazing, huge, beautiful, intricate, etc, all the things you would expect a world famous temple complex to be 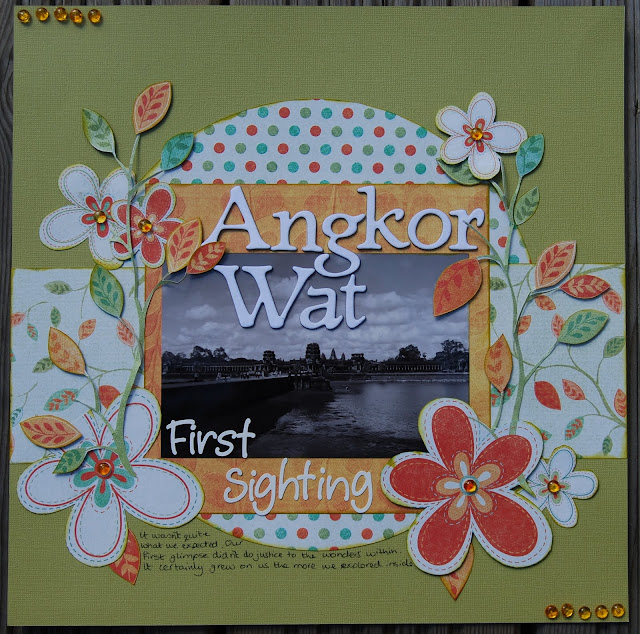 I raised up some of the cut outs on foam tape to give it more depth and dimension.  It was quite therapueatic to sit in the garden in the sun, watching the children poking spiders and bugs, while I cut out the swirls and flowers. 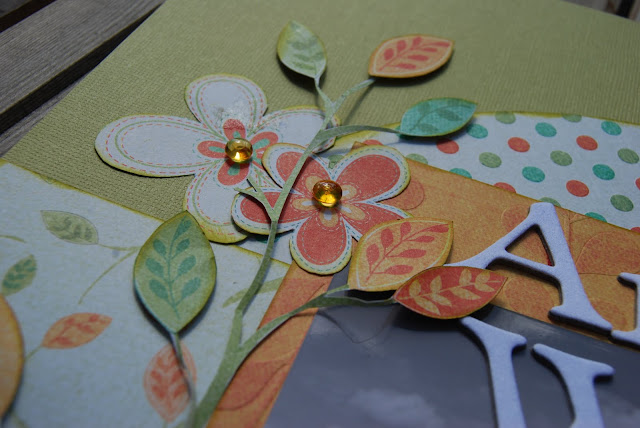 So that's me done for the weekend of challenges.  I completed 11 in the end plus of course the one that L entered.  Of course now my craft room is a total mess and I ended up rolling over photos in my swivel chair so no more scrapping for me until I've had a major clean up.  But I think I'll leave that for a while and go see what everyone else made.