Well I may not get around to the extra one and may not even finish the one I started last night.  Management is not at work as he is feeling "hot and odd" but he is still on call which means that his day off in lieu won't happen and we miss out completely.  I'm trying to keep the children away from him so probably won't get much time at all today.  Just sneaking in a quick few minutes here while they watch a bit of a film

So, the next challenge I completed was a relatively quick one entitled "adding to the story".   We had to find a layout where we wanted to tell more about the memory or event, either by added writing to the layout, to  a facing page, or tucking something in somewhere.  I had created this layout a while back for another Shimelle challenge but I hadn't gotten around to putting something in the envelope. 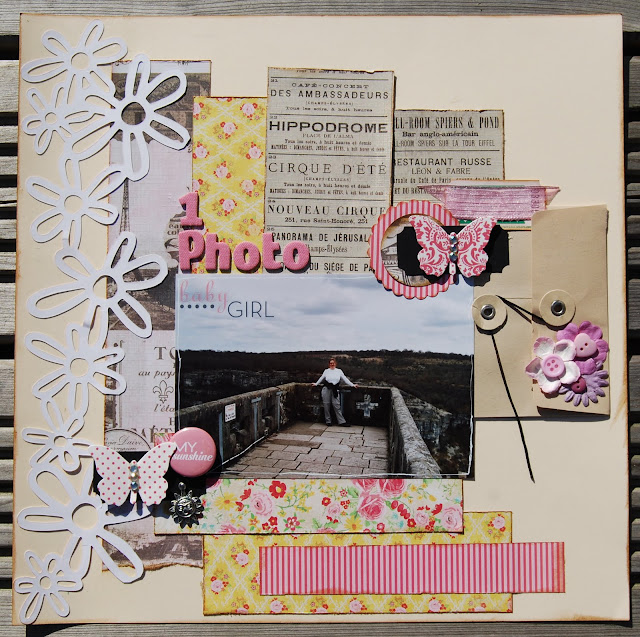 The challenge back then was to scrap something where the story wasn't obvious from the picture.  Some of you might remember that this layout contains the only photo I had taken while I was pregnant with our first child who we sadly lost at 4 months.  I used some cloudy printed vellum, which seemed really apt, to write the letter to our Little Sammy Sunshine to go inside the pocket.  It was great to give me a push to do it. 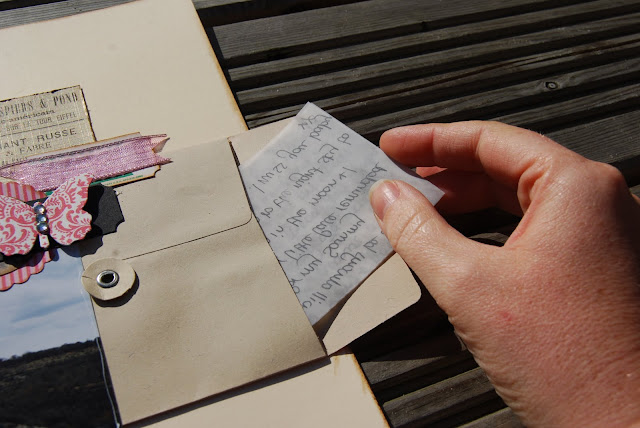 I was starting to struggle a bit by now as I had been picking off the challenges I knew I could do with photos I had to hand or ideas I already had etc.  I decided to do the "half page challenge" next and stumbled across a pic of L doing some scrapping.  It was perfect to use this weekend as he has been so involved in my crafting. I had to replace my guillotine and I had to take a trip to Hobbycraft and he got very excited until he realised that Shimelle wasn't go to be there! 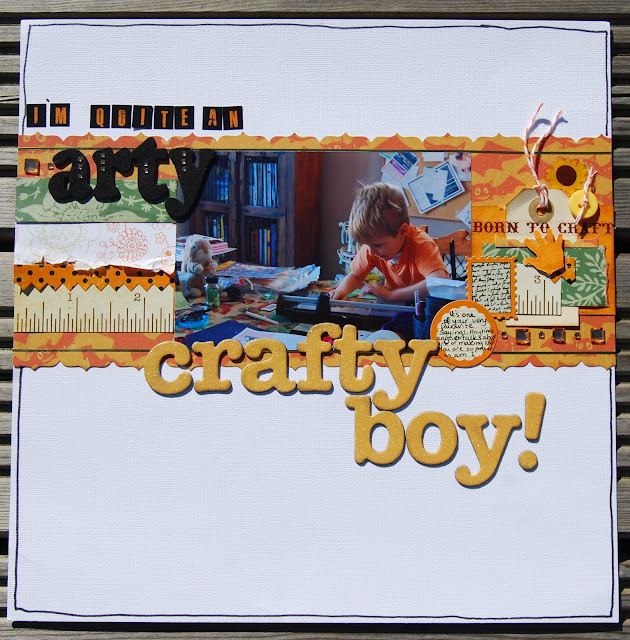 It wasn't working for at all during the process but it actually turned out okay in the end.  The title "I'm quite an arty crafty boy!" refers to something that L often says whenever anyone talks about making things and he will proudly tell strangers in shops that too. 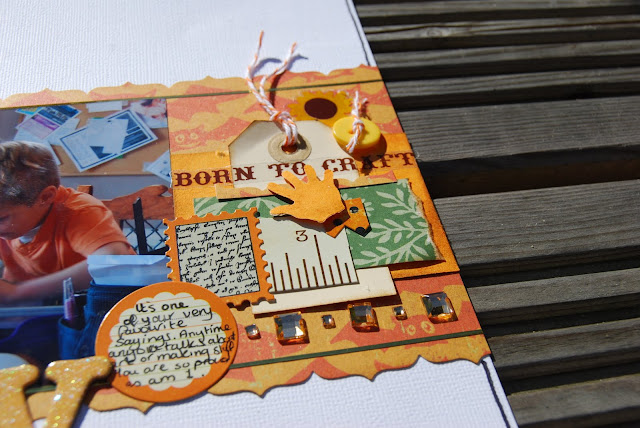 I used a tag and lots of gems because that is what he likes to use on his own page, and his fave colour is orange.  I added some bling to the very cheap foam stickers that I got from the kids section at the Range ages ago because I thought they looked a bit like Thickers ;-) 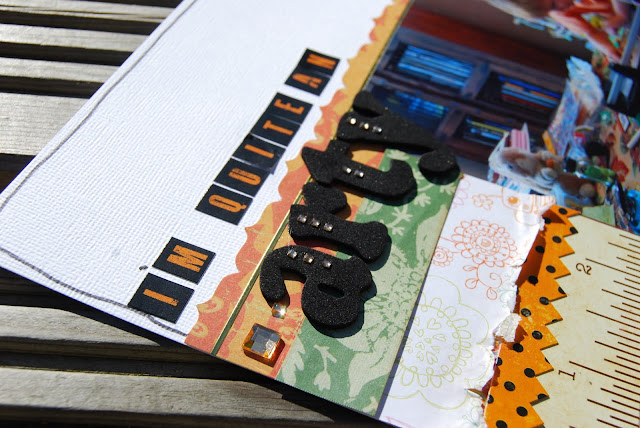 I'd like to get around a lot of the people who have also posted on the challenges, hopefully in the next few days.  Maybe I'll see you soon.