Today is the first Sunday of September and that means that it is time for another Story Telling Sunday with Sian at High In The Sky.  Sian suggested the idea of something we think about when we are far from home, a talisman or a lucky charm for this months' theme, but it's not something I really have.  It made me wonder what I think about to give me courage when I am nervous about something.  And then I promptly forgot about it.

A few days later I was trying to muster the energy to go for a run when I was already feeling sore from a Combat class the day before.  Management pulled a phrase out of the archives to give me a boost... "You can do it Duffy Moon, just puff your cheeks out and blow!"

You might wonder what on earth he was talking about and the first time I heard him say this, oooh about 20 years ago, I wondered too.  It turns out that way back when he was young he had seen a film about a boy called Duffy Moon.  Whenever he was nervous about something, Duffy used to say to himself "You can do it Duffy Moon, just puff your cheeks out and blow!"  In the last 20 years, when we've had to go through hard times, Management has reminded me to puff my cheeks out.  Sometimes he has sent me a text with it on, sometimes he has just puffed his own cheeks out to remind me. 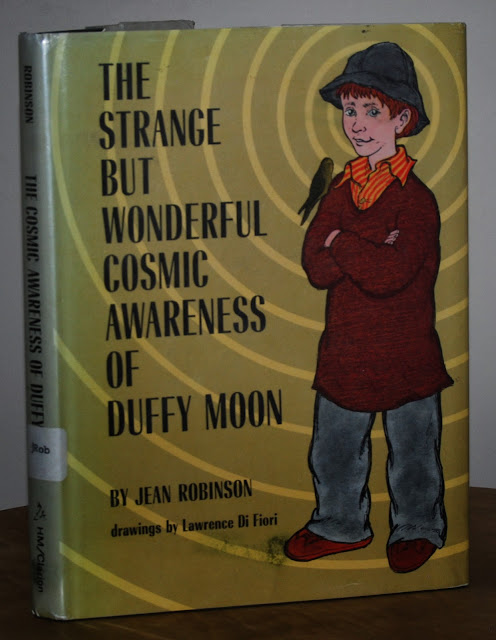 A couple of years ago I tried to find the film but it doesn't appear to exist anywhere.  The closest thing I could find was this book, which I bought from an American E-Bay seller in fairly poor condition for more than I would usually spend on a book!  We have yet to read it but I hope to get to the bottom of the mystery of just who Duffy Moon was and why he had to puff his cheeks out and blow.  I have just started to be able to carve out some reading time in my day so I have put it by my bedside to finally get around to it.

I had forgotten all about this book until now so as always with Story Telling Sunday I note down another little random tale in our lives but it always brings about so much more than just that.  And for this Sian, I thank you!