One of the prompts this week in Shimelle's Explore class was about Memory Sparking.  I didn't consciously do this one but it somehow happened today by accident. Normally my mind is on overdrive so no time to just let it be and see where it goes. This morning though, I was putting washing on ready for our holiday and I picked up a pair of cropped trousers belonging to DH. They were really thin and I wondered if they were the ones he'd had made when we were travelling in Hoi Anne in Vietnam. We fell in love with geckos while we were away and I had a pair made with little geckos on. When we went to get them made, every place we went in had the shopkeeper asleep on a rush mat bed. Its all normal there. We had 4 pairs of cropped trousers made in 24 hours by these sleeping ladies. We don't have photos of that and I wish we did but the camera we took with us was a film camera, can you imagine?! Each picture we took was carefully planned and decided upon, we took one each time. Now we would take photos of everything and anything, good or bad, lots of versions, without a care about cost or mistakes.That then reminded me of some graffiti I had seen the other day. It was something like "Listen to this and then f------ die!" and there was a Youtube website reference underneath. It made me think about how much technology has changed our world, even in sometimes really bizarre ways, and how it has changed even the minutiae of our daily lives. On and on my mind went...And all this from scooping up clothes for the wash. Maybe I should let my mind wander a bit more!


As we're away for a few days, I thought I would share the rest of the layouts from the crop the other week and this first one is actually a photo from our RTW travels that I had already had copied. 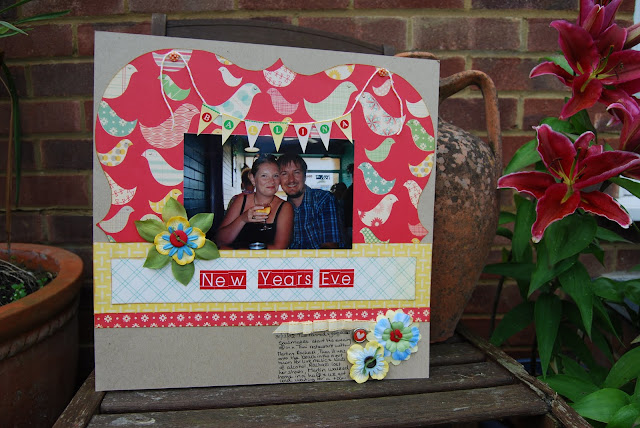 Gosh we look so young and so brown!  That one photo could have me chatting for weeks but the main things about that night was that the photo was taken on New Year's Eve in Ballina in Australia at a Thai restaurant.  We then went to see some live music in the next bay right on the beach.  It was amazing but our friend had her shoes stolen, I got VERY drunk and threw up everywhere, our friend's had a huge row and he walked the 12k home and we waited hours for a taxi! 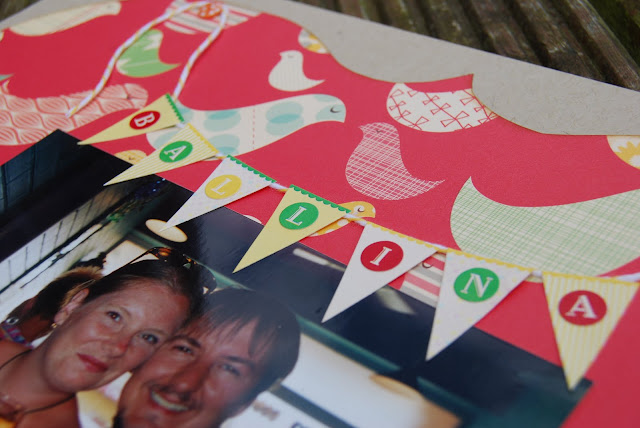 I journalled directly on the cardstock when I had finished the layout which is something I almost never do but am trying to do more often.  It makes me hyperventilate but I like it when it is done! 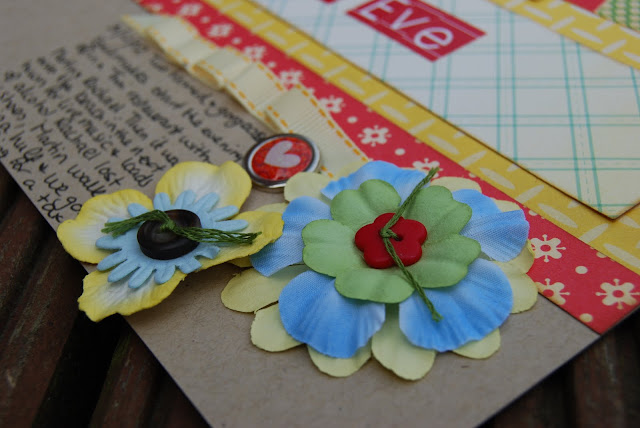 This next layout celebrates L saying his first word "car" in the motor museum at Beaulieu.  He was wearing a very cute Formula 1 racing jumpsuit which fitted him for this day and for this day only. 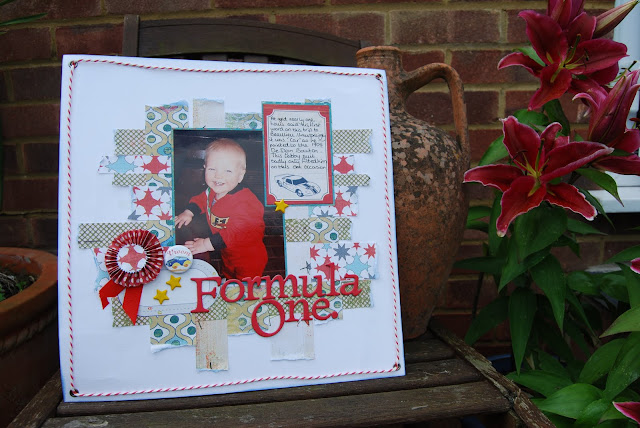 I thought I would try something different with this one so I did some paper weaving to make a bit of a grungy masculine background.  I'm kind of happy with how it turned out. 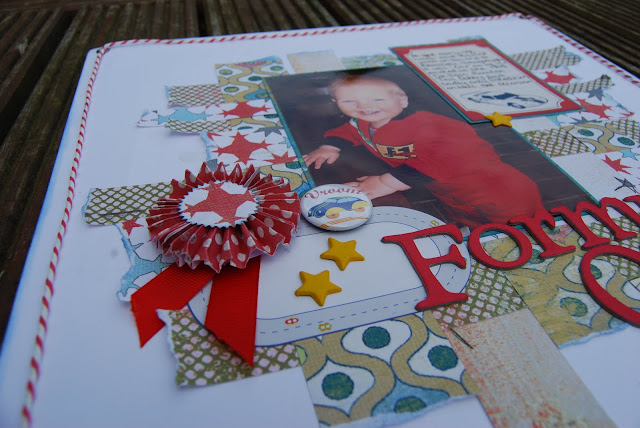 You can tell I am getting through some layouts as I am using photos from WAY back!  Here is L again, about 9 months old I think. 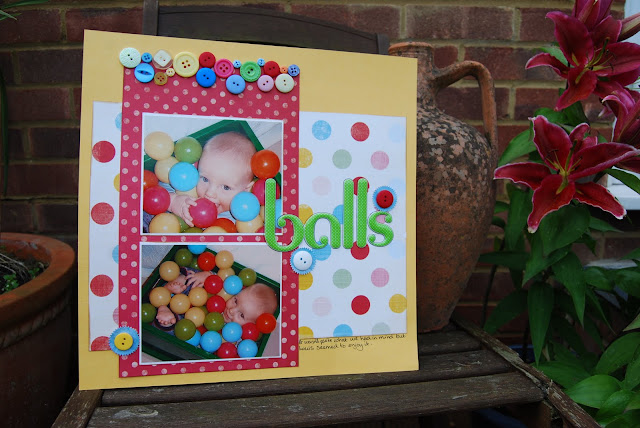 Something different for me again here, a very clean and simple layout for me, but the papers are so perfect and I really love how it turned out. 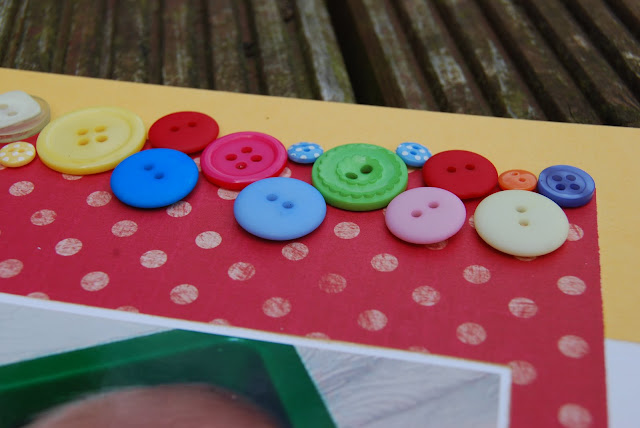 Just realised that this next one isn't very clear but you get the drift.  Kraft card and lime green - yumm!  Also just realised there is no journalling on this one.  It was just a couple of pics of the kids at the park, just any other day really.  But one thing I have learn't from Shimelle just in the last couple of weeks, is to look beyond the photo.  What other stories spring to mind from a simple object?  One thought here was that this park was an added bonus of moving to the house we chose in the end.  Its just at the bottom of the hill, 2-3 minutes walk away and we were so pleased to find somewhere so close to a great play space. 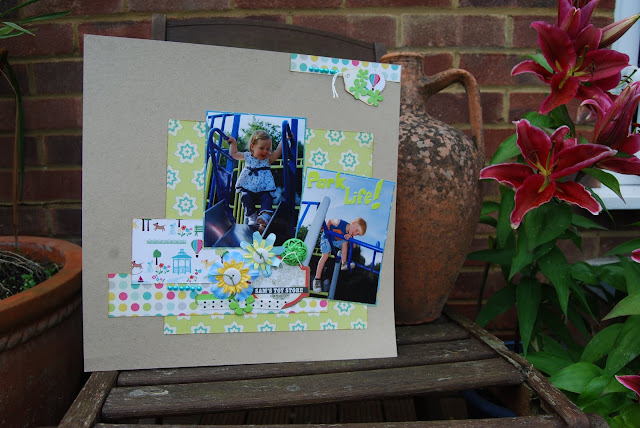 I used a sketch by Shimelle here.  They are just so versatile and I will continue to head to them for ideas over and over again. 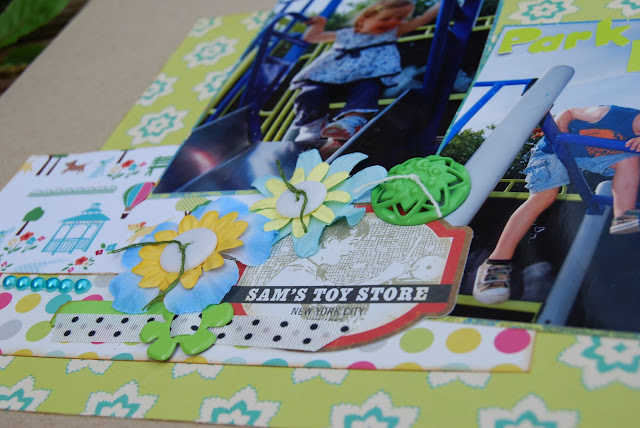 Hope you all stay safe and happy, see you in a couple of weeks.