Well didn't you just know that if I said I would be back then something would happen to prevent me actually keeping my word!  We had a shocker of an afternoon with the children and it seems we are not alone but the end result was one of my most precious photo frames being knocked over in a paddy and the glass is now broken :-(

I also received a lovely letter from someone I once considered a friend but sometimes things are too much like hardwork and so you move on.  It stirred up a load of stuff though and so just as I thought I was making progress, the last couple of weeks have taken their toll and I am at rock bottom again.

However, I will continue to fight and hope that this is just a blip.  Crafting definitely helps and with that in mind, I have pictures of my playbook for the Explore class to share with you. 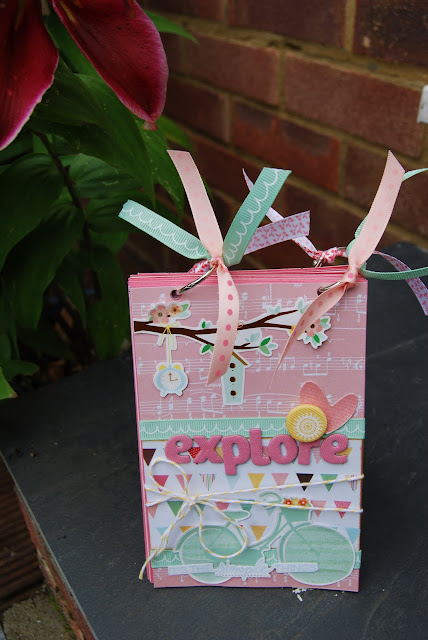 It came together really quickly and I'm rather pleased with it.  Its not supposed to be anything grand because its just for playing and keeping, not like a normal album for preserving treasured memories, if that makes sense. 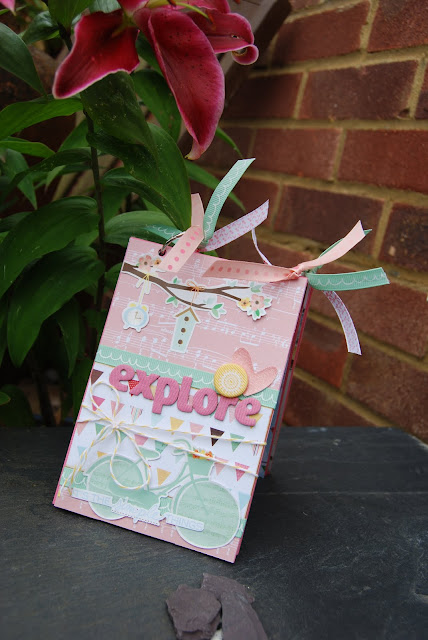 It's based on 4x6 photos with book rings so really nothing fancy at all.  I've used a set of papers etc from American Crafts called Dear Lizzy.  I fell in the love with the pink music paper and bought the rest of the set to go with it, but actually a lot of the papers and embeliishments are really hard to use on scrapbook pages.  I'm guessing there are a lot of papers like that around and so this is a great way of using them up.  I also bet I'm not the only one who buys papers because I love them and then can't work out how to actually use them for their intended purpose! 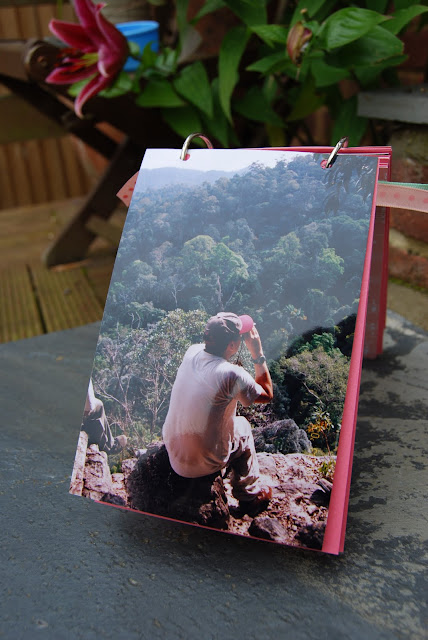 The inside of the book is mostly plain card but there are also 8 photos backed with patterened paper.  I chose some photos from our round the world adventure that have sat unloved in a box for years.  We made albums of the best photos and the rest of them have not seen the light of day since.  I chose ones with scenery, windows and things that I felt were relevant to the class. 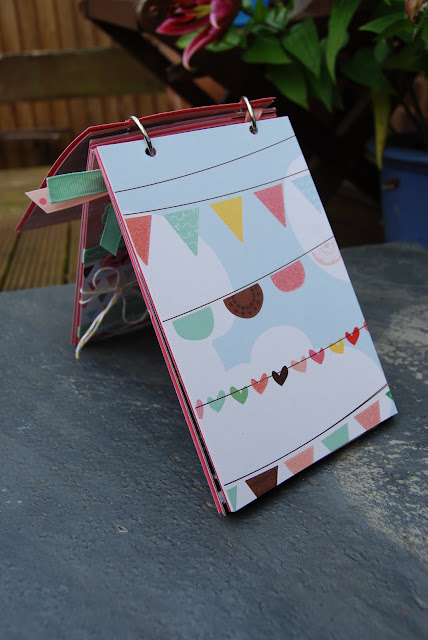 The prompt for day 2 was about adventure and what it means to you.  We had to write about one adventure on the back of a post card and send it to ourselves.  I got Management to bring some post cards home from work and he chose well.  He totally gets me!  The cloisters are one of my favourite places in Beaulieu. 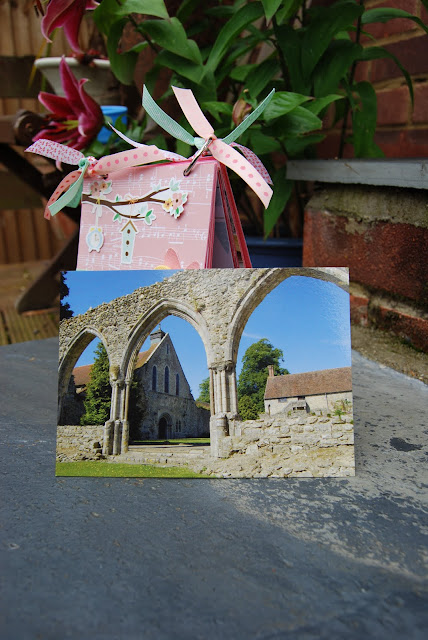 While I was taking these photos I kept seeing these little bugs landing on the lillies. 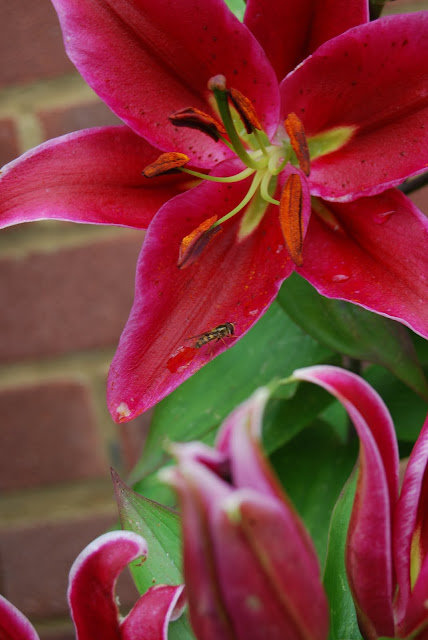 So the postcard and the adventure?  Well that was interesting.  I had to look up what adventure meant.  I kept coming across words like unpredictable, risk, uncertain, things like that.  Well having the children has been an adventure for sure but we didn't realise that it would be.  We didn't embark on it believing it would be unpredictable.  Our world trip however, yes indeed, we knew that was going to be an adventure.  From not having a place to stay each night and travelling unknown countries, to the big adventures of sky diving and white water rafting.  They were things I never thought I would do but I did.  Parenting was always something I thought I would do, and do it well.  However it has been so much harder than anything else in my life and ultimately a much bigger adventure.