I've been meaning to share some pics of a cake I made for about 6 weeks now!  It was for this little guy's 5th birthday and we celebrated by heading over to the Spinnaker Tower in Portsmouth and having lunch at a Yo Sushi! (On his request!) 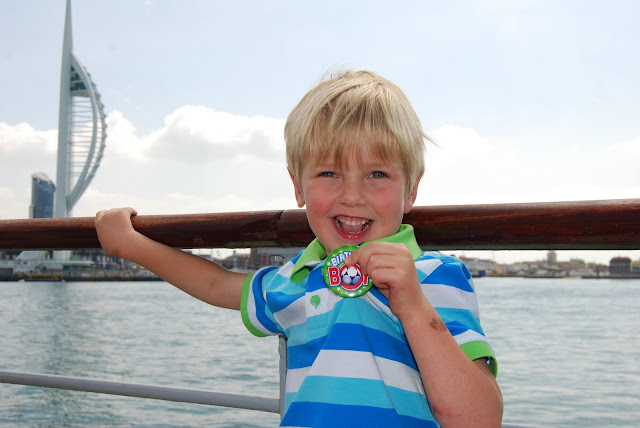 The boat ride and lunch was far more exciting than the tower in the end but it was a clear day and we could see for miles.  Please excuse B's hair - she refused to keep her scarf on and couldn't see where she was going! 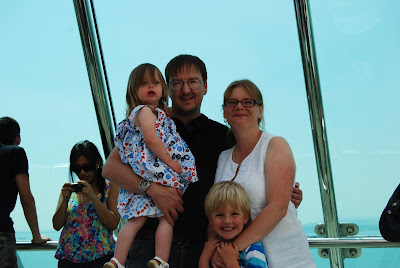 Then he had a party at a play centre and I made this cake for him.  Its meant to be a kind of tumbledown castle and you can just about see the cannon and cannon balls on the top but I was rushing to take the photos! 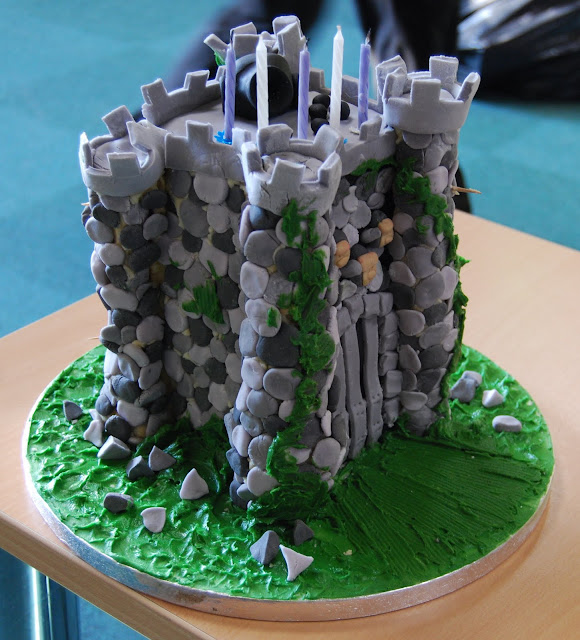 You can also just about see the gargoyles above the drawbridge door there too.  They take soooo blooming long to do that even if they were good enough to sell, I would never make any money!  And I get very stressed by any art work I do for anyone else.

The pirates I did recently were actually very well received.  I only asked for the cost of the canvasses but this morning the mum gave the money and a lovely card, a beautiful notebook and pen, and some gorgeous shabby chic tins to keep some of my crafting stuff in.  I was really pleased as I have been having a really bad couple of days and this got through that wall of doubt and sense of failure that I carry at those times.

I've been really enjoying my running on the Couch to 5k programme but as suspected, I will have to take it much slower and repeat some weeks.  I walked a fair bit this week and the steep inclines where we live have aggravated my SPD.  I did however go for a gait analysis this week and got some new trainers that suit my running style and should hopefully prevent some of the problems getting worse.  It was made a lot more enjoyable by the lovely fit young man who served me, so much so that when my husband asked how much my new runners were, I didn't have a clue!

Well I had better finish packing my bag for tomorrow's 12 hour crop.  I've made 8 page kits plus I have 3 in there already from last time, which is obviously a tad ambitious but I don't want to run out of things to do and it allows me to decide which ones I want to do at the time.  Expect some new layouts in the coming days :-)

In the meantime, have a great weekend.